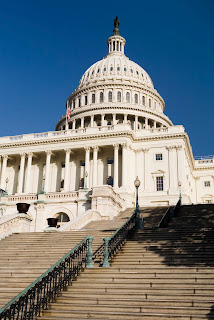 The biotech, or "Monsanto" rider is back!  Originally in legislation last summer, this industry-driven rider would not only allow, but require the Secretary of Agriculture to grant a temporary permit for the planting or cultivation of a genetically engineered crop, even if a federal court has ordered the planting be halted until an Environmental Impact Statement is completed. This means that biotech companies would be able to temporarily override a federal court ruling, effectively placing them in a position of greater power than the court itself. All they have to do is ask.

If passed, this provision will undermine the fundamental safeguards of our judicial system, and will negatively effect farmers, the environment, and public health across America. The rider will give the biotech industry a way to circumvent federal court orders and serves to give the industry assurances that aren't needed.

Tell your Senators to demand that Appropriations Chairwoman Mikulski pull this dangerous and unconstitutional rider, and support Senator Tester's amendment  (#74), co-sponsored by Senators Boxer (D-CA), Gillibrand (D-NY), and Leahy (D-VT), that would strike the rider from the Continuing Resolution.

We can't allow the biotech industry to subvert our judicial and political system. Thank you for taking time from your busy day to make this important call!