Glyphosate News Round Up 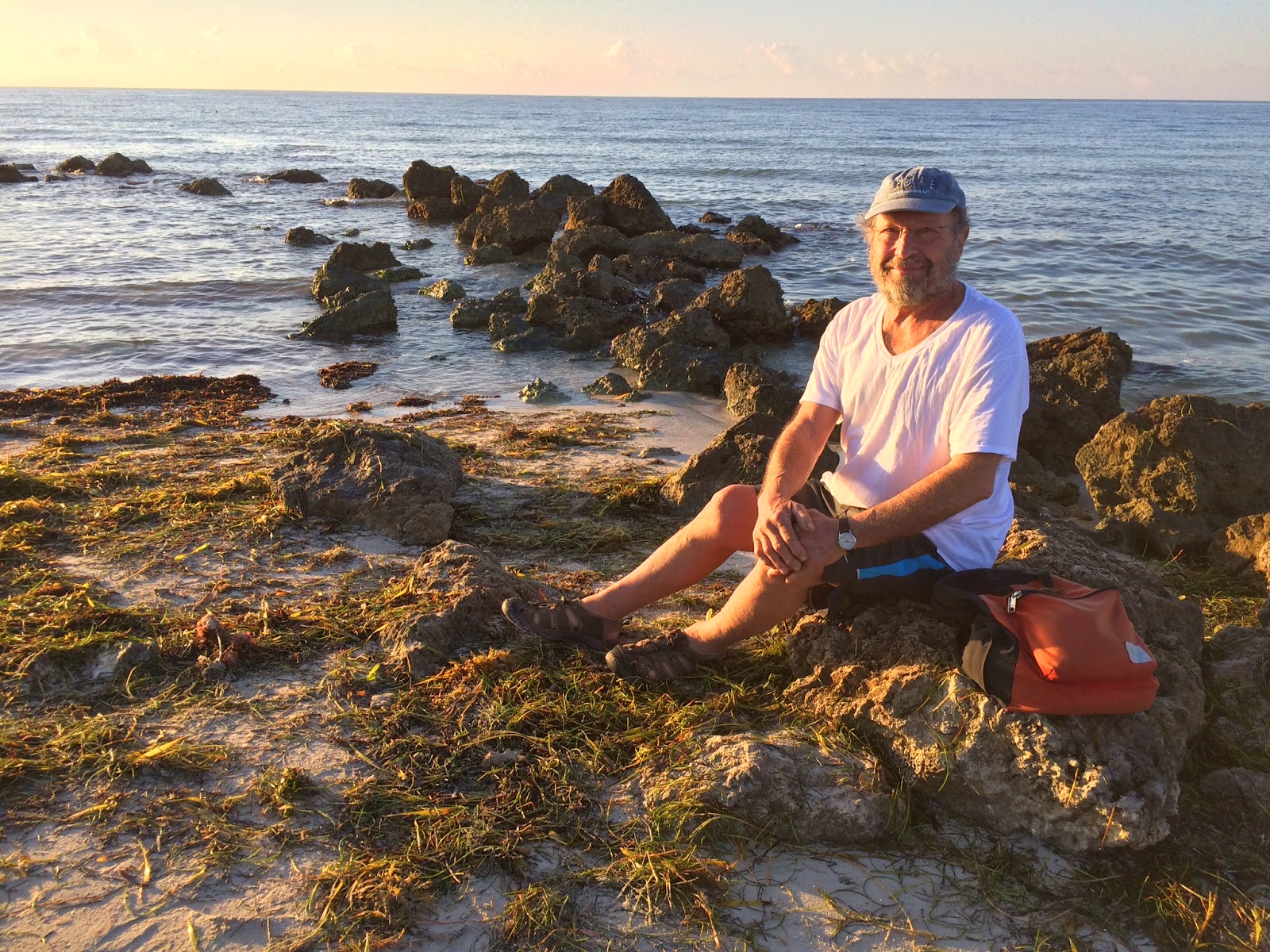 Our current, conventional food system is based on the use of glyphosate, an herbicide which is designed to kill all green plants.  (Remember for a minute that all of our oxygen and food comes from green plants. Then consider a business plan that depends on selling more of this green-plant-killing chemical every year.)

In 1970, a Monsanto scientist discovered that glyphosate killed plants. The company started marketing it as Roundup® in 1973 and held exclusive rights in this country until its patents expired in 2000.  Now glyphosate and its formulations are made by many other toxic chemical companies all over the world. Over 100 million pounds of this herbicide are applied in this country alone; about half a billion pounds are applied worldwide, every year!

Glyphosate is the active ingredient in Roundup.  You can buy it almost anywhere in a convenient spray bottle or by the gallon. You may presently have some in your home.   Town and state governments spray it freely along our roadsides. (For a long time Monsanto advertised Roundup as "biodegradable" and "environmentally friendly." In 1997, the New York Attorney General sued the company to stop that deceptive advertising.  Monsanto paid a fine and stopped using that marketing strategy, at least in New York.)

Glyphosate's most extensive use, however, is in the industrial food system where it is sprayed on the vast majority of our food crops.  That's because the plants have been engineered by the makers of Roundup and other herbicides to resist death when sprayed with this chemical.  What is actually sprayed on our food crops is mixture of glyphosate with various, undisclosed "other ingredients" that make up over half of this toxic cocktail.

Roundup Ready® is the dominant brand in herbicide-tolerant crops.  Roundup Ready corn, Roundup Ready soybeans, Roundup Ready canola, alfalfa, sugar beets, cotton, lawn grass, etc.  You get the picture.  Roundup Ready wheat, potatoes, tomatoes and lettuce aren't on the market yet, but they have been in development for years.  (Just so wheat doesn't feel left out, helpful agricultural scientists discovered that they could spray Roundup on wheat just before harvest, to help it dry and kill weeds for the next crop.  More sales. Farmers are encouraged to spray Roundup before harvest, called dry down, to barley, oats, canola, flax, peas, lentils, soybeans and dry beans.) 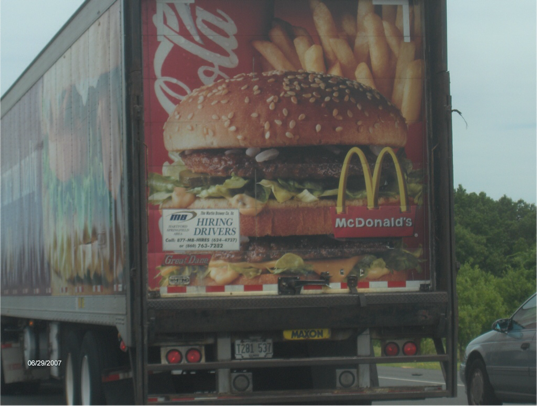 Go to a local fast food joint, get the classic American meal of a double bacon cheeseburger, fries and a soda and you are participating in a glyphosate-based food system. The cows (producers of the beef and milk for the processed cheese product) and the pigs (source of the bacon, all ate genetically modified Roundup Ready corn, soybeans and/or alfalfa.

The bun is made wheat that was sprayed with glyphosate just before harvest.  The sweeteners in the bun, the ketchup, and the soda are made from genetically-modified corn or sugar beets. The fries are usually cooked in one or more of the following oils, cottonseed, canola and/or soy -  all genetically engineered to resist death by Roundup.  Even the bubbles in the soda come from genetically modified corn sprayed with glyphosate!

It is not surprising that there was a big news splash last month about the World Health Organization's International Agency for Research on Cancer finding that glyphosate is a probable carcinogen.

That "discovery" is really old news and barely scratches the surface of the problems connected with this chemical poison.  In 1985, an EPA panel classified glyphosate as a Class C Carcinogen (meaning that there is suggestive evidence of carcinogenic potential). Six years later, just as genetically-modified crops were being readied for market, the EPA, under what some report as "industry pressure," reversed that ruling.  A bit of government slight of hand switched glyphosate to the Class E category, meaning "evidence of non-carcinogenicity for humans."

This chemical poison is the brainchild of Monsanto, the company that also produced the toxic PCBs that contaminate fish in this region's rivers and polar bears in the Arctic whose icy environment we are melting.   Monsanto also produced DDT, Agent Orange, saccharin and bovine growth hormone. This company has a documented history of creating toxic substances and spreading them around as far as possible. It often takes decades before scientists, citizens and regulators are able to stop them.

Although causing cancer may be a big problem, there are many other health problems associated with glyphosate. As an endocrine disrupter it messes with our hormones, often a route to cancer and other problems. Glyphosate was patented as an antibiotic (with all the problems that suggests, e.g. antibiotic resistance) and was originally patented as a metal chelator.  Chelators grab onto metals, including those critical to plant, microorganism and human health, and doesn't let them go. (A new study by Seneff and Samsel (2015) links its chelation of manganese to a host of neurological diseases including autism, Alzheimer’s, Parkinson’s and Prion’s, anxiety and depression, as well as reproductive and developmental problems. Another study finds problems from phosphorus chelation.)

Endocrine disruptors, antibiotics and chelators all have negative effects on living systems. There is good evidence that glyphosate plays havoc with the microbial communities upon which soil health and human gut-health depend.  This is yet another mechanism for disease.

Dr. Don M. Huber, emeritus professor of plant pathology at Purdue University, discovered in his research that “Glyphosate draws out the vital nutrients of living things” in turn removing most nutritional value from foods made with Genetically Engineered Organisms, (GMOs).

For those of you who want to know more about the health effects of glyphosate and Roundup, look at this thoroughly referenced document from The Northwest Coalition for Alternatives to Pesticides. 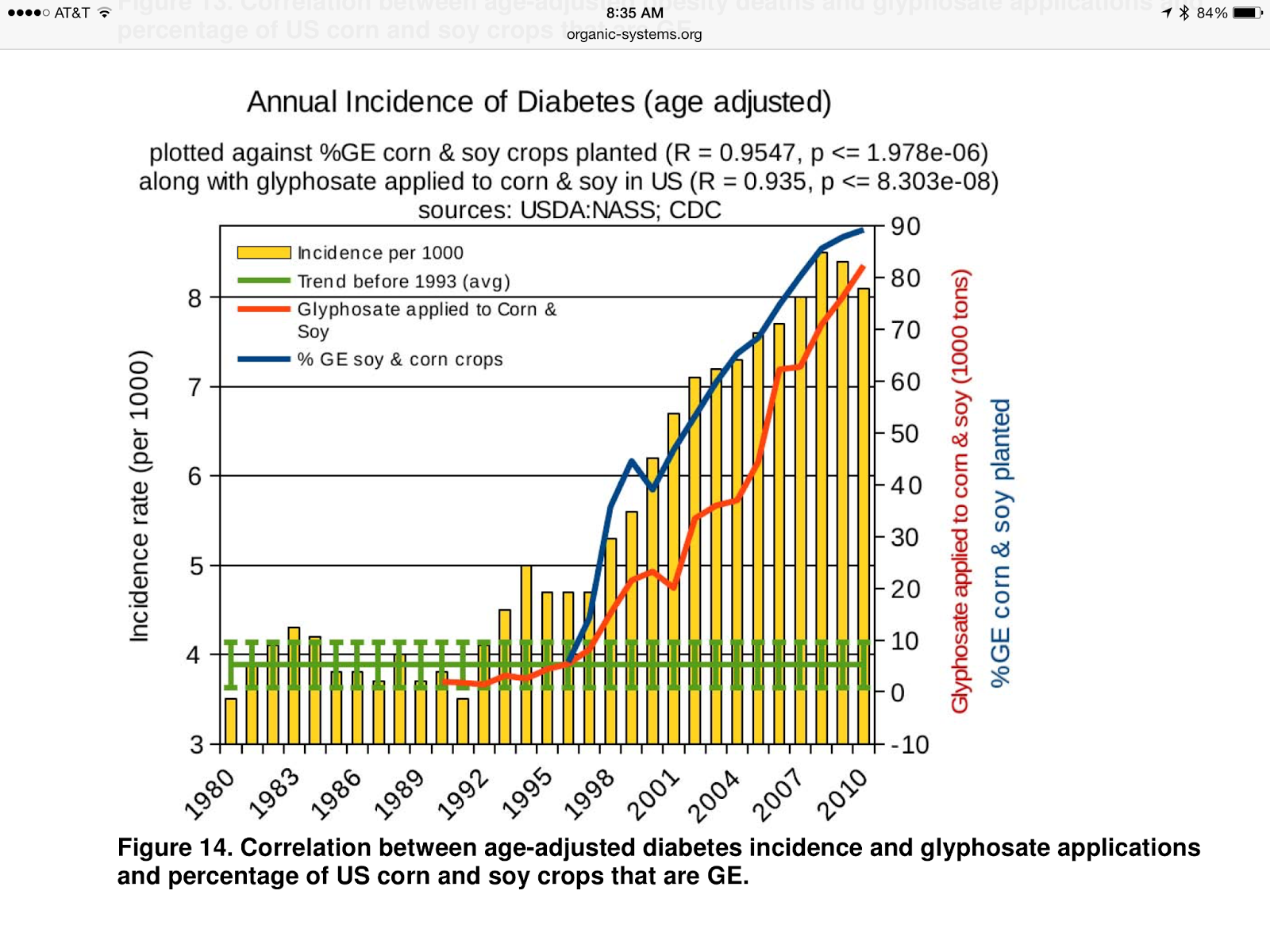 A recent study published in the Journal of Organic Systems finds close correlations between the use of glyphosate, with the concurrent percentage of genetically engineered corn and soy grown in this country and the rise in 22 chronic diseases, including diabetes, obesity, hypertension, Alzheimer's and other illnesses.  Although correlation doesn't prove causation, this work suggests that further study of glyphosate's effects on human health is needed.

It is easy to see why most Americans want to know which foods contain GMOs (and therefore glyphosate or other herbicides as well) and why Monsanto and its allies spend hundreds of millions of dollars each year on lobbyists, politicians, information suppression and propaganda to keep us from knowing.

There's more. Earth's current rapid loss of biodiversity is one of the greatest challenges we face. As an herbicide designed to kill all green plants except GMOs, glyphosate is a very effective biodiversity eliminator. The use of glyphosate and a few other broad spectrum herbicides on GMO crops is blamed for the steep decline in the monarch butterfly population. The milkweed on which they depend has been killed by herbicides, as have the many wildflowers native to farm country which nourish pollinators

In a 2013 study on glyphosate the authors found that glyphosate's “negative impact on the body is insidious and manifests slowly over time as inflammation damages cellular systems throughout the body.  Consequences are most of the diseases and conditions associated with a Western diet, which include gastrointestinal disorders, obesity, diabetes, heart disease, depression, autism, infertility, cancer and Alzheimer’s disease.”

Just like PCBs and DDT, glyphosate and its breakdown products are now found in air, water, breast milk and many other places where we'd rather not find manmade poisons.

Where's the Food and Drug Administration (FDA) in all this.  Surely, they must carefully regulate the residues of this chemical on our food.

Not so! In 2013, under industry pressure and/or petition, the EPA raised the allowable limits on glyphosate residues in our food.  Glyphosate residues allowed on oil-seed crops such as flax, soybean and canola were doubled from 20 ppm to 40 ppm, and residues on food crops were increased from 200 ppm to 6,000 ppm.

The tightly connected revolving door between Monsanto, the FDA and other important branches of government surely had an effect on this decision.

Is this genetically-modified system of growing our food a success?  Not really.  It worked well for a while.  The Roundup killed most weeds.  But then, as any student of evolution and science could tell you, a few weeds became resistant and spread.   Now there are at least 16 types of resistant weeds in at least 24 states.

So, having created "monster weeds" with glyphosate, these chemical companies have a new solution:  more complicated and toxic chemical cocktails.  Mix some 2,4-D with that glyphosate and spray it on a new breed of GMO seeds engineered to resist two deadly killers. 2,4-D is one half of Agent Orange, widely used as a chemical defoliant during the Vietnam War.  This use decades ago is still creating human misery for our soldiers, their families and for the Vietnamese people and their environment.

Even as the biotech/chemical industry's multimillion dollar campaign to cast those who want GMO labeling as anti-science, the whole idea of herbicide tolerance goes against all we know about the way plants behave over time in response to being poisoned.

Where will this chemical warfare end?

Grow more of your own food using organic methods.

Buy organic food.  More and more people are doing that. Between 2007 and 2012, farms sales of organic went up 83 percent.

Eat more fruits and vegetables.  They are good for you and, except for GMO sweet corn, you know they are not sprayed with glyphosate.

To learn more about the long strange road that got us to a food system dependent on one toxic chemical, read the new, highly recommended book Altered Genes, Twisted Truth: How the Venture to Genetically Engineer Our Food Has Subverted Science, Corrupted Government, and Systematically Deceived the Public, by Steven Drucker.  In her forward, Jane Goodall calls it "one of the most important books of the last 50 years."