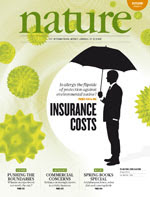 An interesting study from the science journal, Nature, has found that generally organic crops have lower yields than conventional crops.

This study will probably pop up more and more in defense of conventional agriculture.  It is not very surprising that conventional agriculture has a higher yield - when a farmer adds unnatural (and unsustainable) levels of nitrogen, phosphorus and potassium to the soil, plants have access to an excess of nutrients that make them grow larger.

The conversation really is not about which form of agriculture produces the most food.  After all, the United States throws away 40% of it's food - why give Americans more to toss in the garbage? While macronutrients like nitrogen create higher yield, chemical fertilizers disrupt soil biology and make fewer micronutrients available which ultimately grows food with much lower nutrient density.

John Reganold, a soil scientist at Washington State University is quoted in this "Voice of America" article, as saying "I think when people see these studies, their first reaction is, 'Well, my goodness, organic farming can't feed the world.' Guess what? Conventional farming cannot sustainably feed the world."

And then, of course, there is the Rodale Farm System Trial which looks at agricultural yields over the course of 30 years and compares organic with conventional:

*This raises an important point, to take most scientific studies with a grain of salt (and always try to figure out who carried out the research and who funded the research).  Conditions and numbers can be manipulated to support almost any statement.

If we're looking to feed more people in the course of one or two years, conventional is probably the way to go.  But in terms of food production for hundreds or thousands of years, we're going to have to be a little more sustainable and protect the soil and our water sources.  We don't mean every farmer should transition to certified organic right now (we're aware that this is beyond unrealistic), and many of our own member farms aren't certified.  The issue is much more complex than conventional versus certified organic.  Agricultural production around the world must shift from a a focus on this year's yield, to a focus on the next couple decades of yield, and that means improving the quality of farmland instead of degrading it.

Lets hope for more rain tonight!
Kristiane
Posted by CT NOFA at 9:41 AM