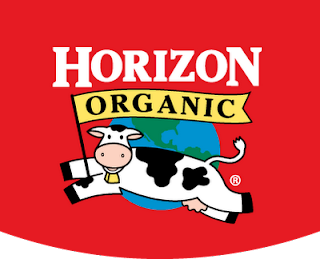 “Over the past 20 years, Horizon has grown its network of family farmers from seven to more than 600, and helped create and grow the organic dairy category,” said Mike Ferry, Horizon president. “While we are proud to celebrate these achievements throughout our 20th anniversary year, we are also marking the occasion by reaffirming our commitment to sustainable agriculture, to advancing the organic movement and to our family farmer partners.”

Horizon's story began in 1991 in Boulder, CO, when two veterans of the natural food industry saw a potential market in organic yogurt.  After launching 6 flavors of yogurt, however, it became increasingly clear that the real opportunity lay in producing organic milk.  As there were very few organic milk options available at the time to consumers, Horizon aimed to open up that part of the market.  Over the next twenty years, their idea became a huge success.  Here is a chronology of Horizon's major milestones:
Today, there are over 50 USDA-certified organic dairy products carrying the Horizon logo. All Horizon organic products are produced in strict adherence with the USDA organic regulations, without the use of added growth hormones, pesticides and antibiotics, and also continue to be made without genetically modified organisms, artificial colors or flavors.Throughout its history, Horizon has been committed to being transparent about its business and farming practices. To that end, as part of its 20th anniversary celebration, Horizon is introducing a new Horizon Organic Stewardship resource that will be updated regularly, providing facts and data on the company and its dairy farms, including its more than 600 family farmers and its two company-owned farms. The full document is available at www.horizondairy.com/why-organic/our-farms/. organic milk – and opportunities for organic dairy farmers. ed Omega-3 DHA. Since then, Horizon has added more than 370 family farmers to its network.

Read the full article here.
Posted by CT NOFA at 9:04 AM