Yesterday I attended the Plant Science Day at Lockwood Farm in Hamden, Connecticut. 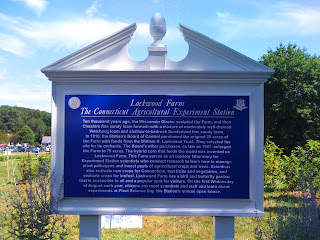 Plant Science Day is an annual event hosted by the Connecticut Agricultural Experiment Station. I’ve never been to Plant Science Day, but it was a fun experience for the first time! With a technical demonstration tent, a main tent, two barns and many exhibitor’s tents there were a lot of organizations represented and a number of scientists presenting research on Connecticut agriculture, much of it about dealing with plant diseases and pests. 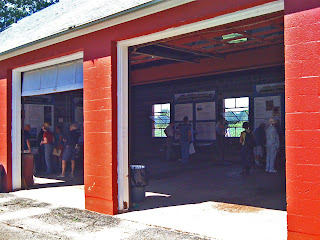 There were a number of booths educating attendees about invasive insects harming Connecticut’s agriculture and wildlands. I even got a tattoo of an Asian Longhorn Beetle on my hand (so I know it’s appearance like the back of my hand!) One of the booths was CT NOFA's own, keep an eye out for us at other agriculture/environmental events around the state! 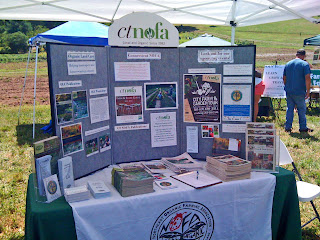 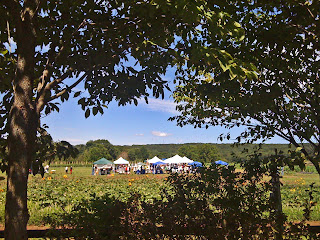 There are several experimental plots around the farm, growing what seemed like every variety of agricultural plant that could survive in a Connecticut climate. The were trials of specialty peppers, sweet potatoes, specialty eggplants, pumpkins, edamame and so many other interesting crops. The farm is also host to a number of experiments (keeping CAES true to their name) like control of blight on American chestnuts and growing chestnut hybrids. 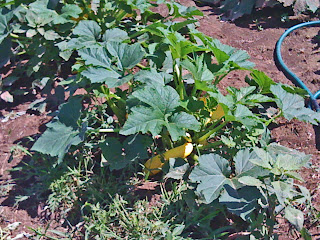 There was an entire tent dedicated to arguably Connecticut's least favorite insect, the deer tick, but there was also some research which indicated that some botanical-based products, like garlic, can be used to reduce tick activity in your yard. 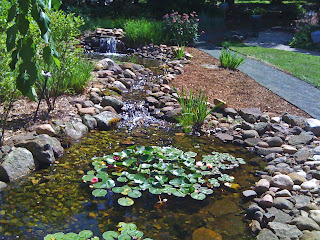 The bird and butterfly garden was the most beautiful aspect of the farm, and butterfly identification tours were lead through the garden every hour. 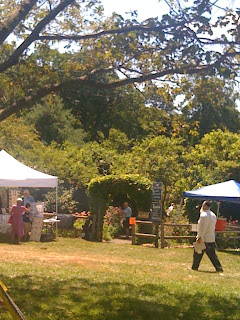 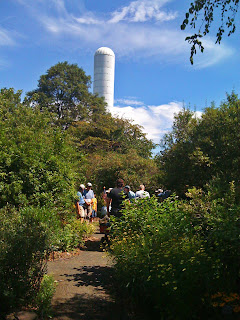 The Century Farm Award was presented to a farm that has been in family operation for more than 100 years. This year Collins Powder Farm in Enfield, CT received the award. The farm was first established in 1868 and is still overseen by the Collins family and is about 180 acres (with 158 acres in farmland preservation!) 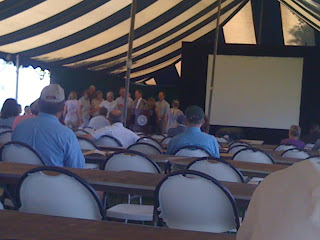 After this presentation, Greg Schaan, the President & Chief Executive Officer, Imperial Nurseries, Inc. He discussed the vital role of nurseries in the state of Connecticut's economy. The horticulture industry produces about $1 billion in the state ot Connecticut, half of the entire contribution of agriculture to the state's economy. More than 46,000 acres of land are in production and the industry employs 48,000 people in the state.

Mr. Schaan shared that one of the main obstacles for the industry is the rising price of petroleum because so many products are petroleum based and the transportation costs are rising. He also discussed the role CAES has in the horticulture industry. They service the industry by inspecting plants to insure that they a clear of diseases and pests.

Having seen these facilities and the great job CAES did planning this event, I sincerely hope that the states budget cuts do not harm the CAES' program, and that they can continue to do their good work.
Posted by CT NOFA at 1:19 PM