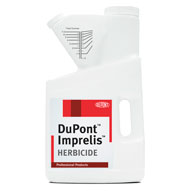 About three weeks ago, Beyond Pesticides Daily News Blog included a story about the potential link between a DuPont herbicide named Imprelis, and the death of thousands of Norway spruce and white pine trees this summer.  Trees in or near areas treated with Imprelis are turning brown and dying along the East Coast and in the Midwest.
The EPA conditionally approved Imprelis for sale last October.  To conditionally register a product means that the registration is granted even though all the data requirements to prove the safety of the product have not been satisfied, but the EPA assumes that no significant adverse impacts to the environment are possible as a result of the pesticide or herbicide application.
Complaints that the herbicide caused tree deaths made DuPont first advise landscapers to refrain from using Imprelis near Norway spruce and white pine. The company has now voluntarily stopped the sale (after being strongly urged to do so by the EPA) of the herbicide because of its threat to trees and has organized a product return and refund product for mid-August.  The EPA wrote letters to the DuPont Chief Executive Ellen Kullman urging the company to release thousands of confidential documents that include details on Imprelis’ safety and the threat it might pose to plant life.
This herbicide was advertised as the most scientifically advanced turf herbicide in over 40 years, and was used to control dandelions, clover, plantains, wild violet and ground ivy.  The chemical aminocyclopyrachlor is considered safe for humans, but is highly soluble in water and highly mobile in the soil.  The chemical spreads into the environment and is persistent.  The herbicide continues to effect non-target trees and despite being kept away from these trees when applied, has still been absorbed by the roots causing damage or death in the tree.
Imprelis was widely used in order to eliminate fairly benign plants (clover is actually good for your yard, it fertilizes the soil to make grass healthier and more durable), and forces us to ask ourselves if it’s worth the risk.  This loss of trees is comparable to the damages of emerald ash borer and other diseases and pests which have destroyed American trees, however this was completely caused by people, and only with the goal of improving the appearance of lawns and landscaping.
Sources:
http://www.imprelis-facts.com/
http://www.claimsjournal.com/news/national/2011/08/04/189115.htm
http://www.beyondpesticides.org/dailynewsblog/?p=5625
Posted by CT NOFA at 2:37 PM