Adventures at the State Capitol with Bill Duesing 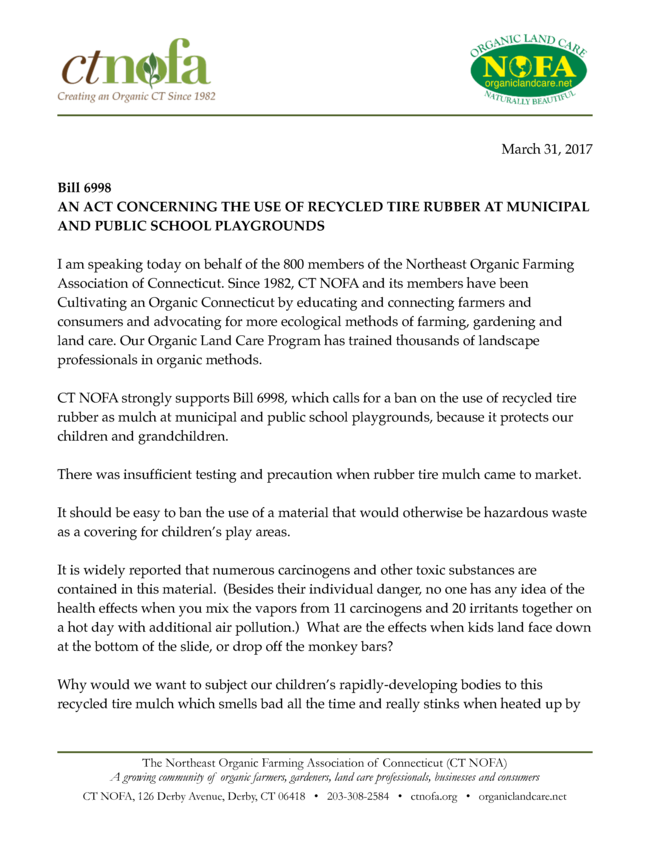 More Adventures at the CT Capitol!


Bill Duesing, CT NOFA Organic Advocate, visited the state capitol again this week on behalf of CT NOFA members. This time it was to participate in a press conference in support of Bill 6998 banning the use of mulch made from used tires on playgrounds at schools and municipal parks. This form of toxic recycling has become almost the standard for playgrounds.
Although this bill seems like a no-brainer, this is the third year that Representative Diana Urban, co-chair of the Committee on Children, has proposed this ban.


An ongoing Yale study examining crumb rubber found more than 100 different organic compounds in that rubber, including 12 known or possible human carcinogens, approximately 20 skin, eye and lung irritants, and a long list of VOC's, PAHs and heavy metals. Is this what we want our children and grandchildren to be playing on? 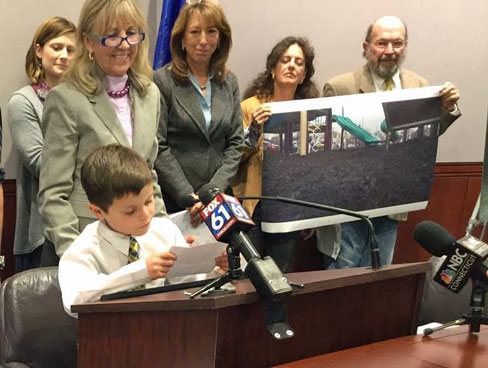 Press conference speakers included several legislators and representatives of Citizens Campaign for the Environment, Connecticut Clean Water Action, the Coalition for a Safe and Healthy CT and the Connecticut League of Conservation Voters. My remarks are attached above. But the star of the show was a ten year old boy from Hamden who spoke with passion and knowledge.TV cameras rolled and reporters asked a few questions.


About an hour later, the Planning and Development Committee held a meeting in the same room to consider bills including number 6998.

Each bill starts with a legislator or committee. After a public hearing and committee discussion it gets voted on. This playground mulch bill started in the Committee on Children. The ban on roadside herbicide spraying we are working on originated in the Environment Committee.

If a bill is voted out of the first committee it may be sent to another committee, in this case Planning and Development which deals with matters relating to local government. There is a semi-opaque process through which bills are directed to various committees, sometimes because of the issue addressed. At other times a bill is sent to a committee to die. As the June 7 end of this legislative session gets closer, it gets harder to get things done as the bills and issues pile up.

After a brief discussion of the bill, with some committee members expressing strong support and others, strong opposition, the vote was tied at 7 each. The voting was held open until 5 for members who couldn't attend the meeting. The result was a 12 to 10 vote in favor. 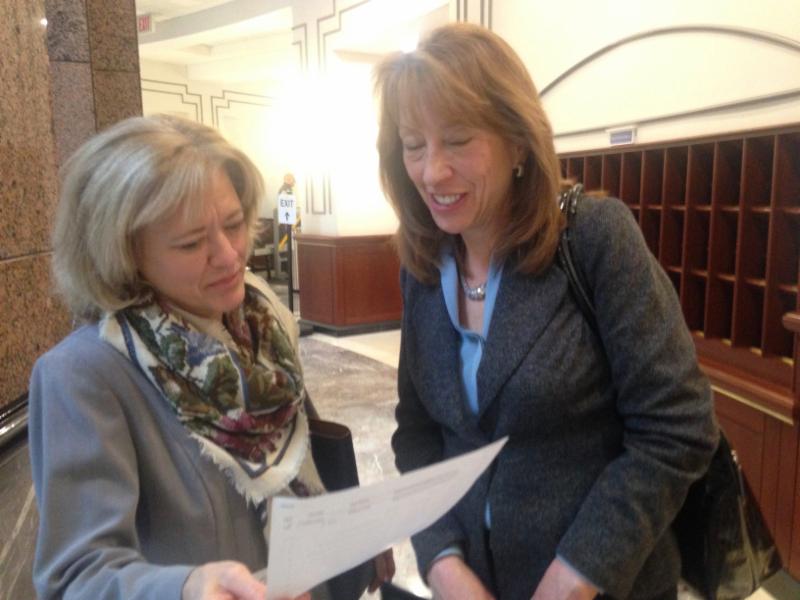 Like seeing Bill Duesing & CT NOFA working to pass ecologically sound laws in the Hartford capital? We do too! Support CT NOFA's advocacy with an online donation today. Be it $1, $10 or more, your contributions make our organic policy initiatives possible!
Renew your membership & donate today!
Posted by CT NOFA at 2:28 PM