What Should Americans Eat? 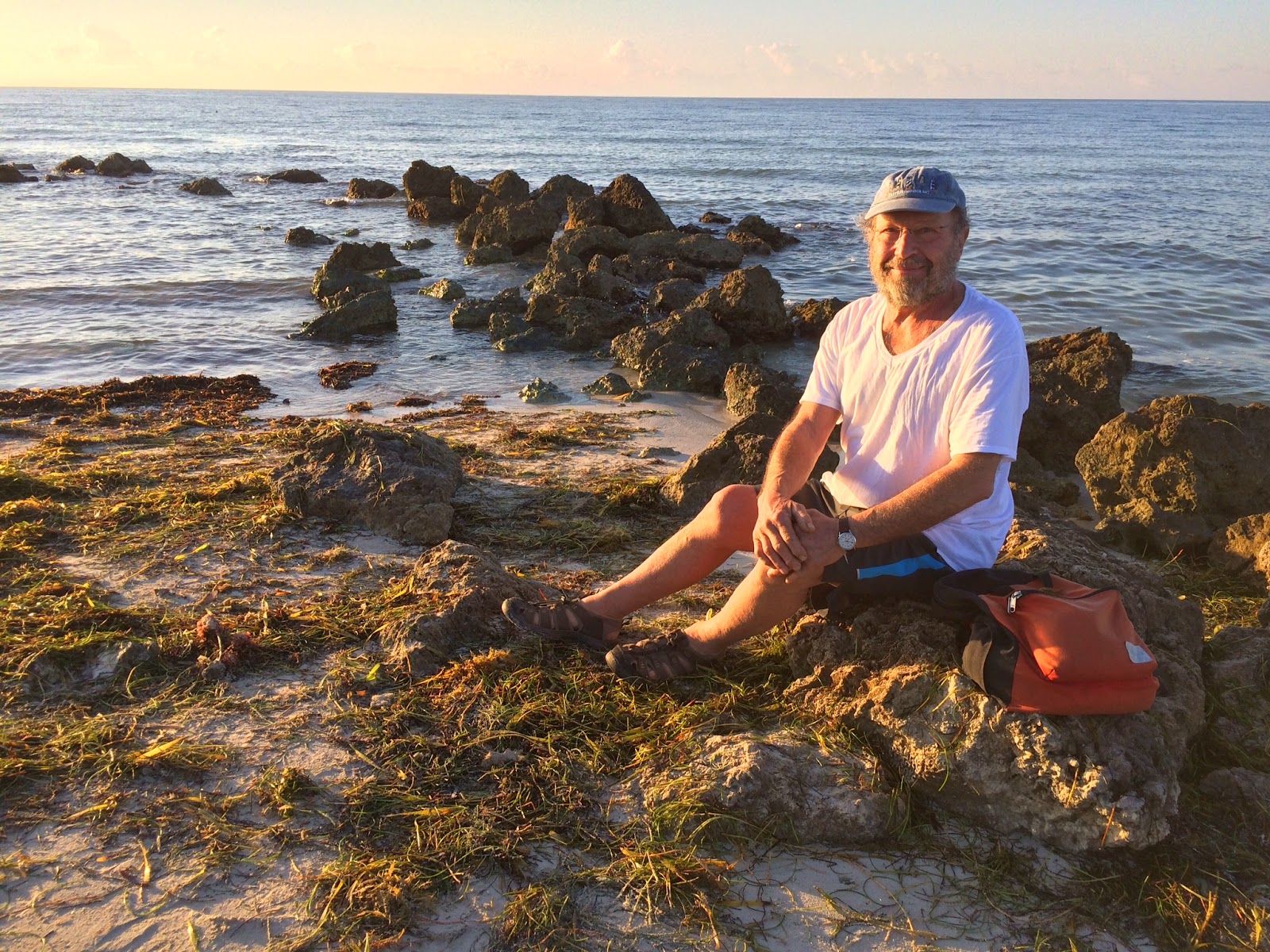 With the February release of the "Scientific Report of the 2015 Dietary Guidelines Advisory Committee" comes increased attention to the question of what we should eat. This report is used by the Departments of Agriculture and Health and Human Services to issue the guidelines they make every five years for what Americans should eat.
http://www.health.gov/dietaryguidelines/2015.asp

This whole process exposes the great tension between foods that are good for us and foods that are profitable for big food and industrial agriculture - between the health we want and the growth in profits that the food and agriculture industry wants.

The report summed up its recommendations this way:
The U.S. population should be encouraged and guided to consume dietary patterns that are rich in vegetables, fruit, whole grains, seafood, legumes, and nuts; moderate in low- and non-fat dairy products and alcohol (among adults); lower in red and processed meat; and low in sugar-sweetened foods and beverages and refined grains. These dietary patterns can be achieved in many ways and should be tailored to the individual’s biological and medical needs as well as socio-cultural preferences.

Based on what I've learned about diet, food, health and farming over the decades, these recent recommendations (except perhaps for the low fat dairy part) make sense for both human and environmental health.  There are lots of ways to meet these guidelines, which is another positive step.

What We Can Do

It is important that you express your opinion here during the comment period which ends at midnight on April 8. 2015.  These are only advisory committee recommendations at this point.

These recommendations, however, are fighting words to the industrial food system which wants to sell us lots more of the stuff we'd be healthier if we ate less of- red meat (especially beef) and processed meats, processed and sugar sweetened foods, beverages and snacks. 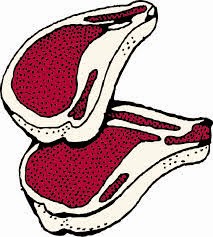 According to the Center for Science in the Public Interest, lobbyists from the National Cattlemen’s Beef Association, the National Pork Board, the National Dairy Association, the American Beverage Association and the Sugar Association are already threatening to use their clout in Congress to block these recommendations. (Meanwhile, Americans are currently consuming 22-30 teaspoons of added sugar each day.  The recommendation is to limit that to 12 per day for an adult or about half of what we now consume. The beverage industry, dominated by just two firms, is angered by the report's support for taxes on food and beverages with added sugar, and its recommendation to drink water instead of diet soda. No wonder the beverage and sugar associations are upset!)

For more on industry reaction see here and here.

The beef industry feels especially threatened. In addition to its human health effects, most beef comes to us at a big environmental cost, which for the first time may be considered in these guidelines. (Note 1).  A Beef Magazine blog lays out the landscape as they see it.  In a piece titled, "The beef industrycarried a knife to a dietary guidelines gunfight," Troy Marshall writes:
The environmental, animal welfare, anti-corporate, anti-livestock, and nutrition lobbies have all coalesced around one goal. And they have co-opted – for the purpose of pushing that agenda – the war on obesity, the war on cancer, the war on diabetes, etc., as their moral high ground, with active support from the current administration.

Beef Magazine sees its industry as ganged up on by all the people who care about the environment, animal welfare, nutrition and human health. This reduces to the goal of attaining health for humans, animals and the environment, versus the goal of a more profitable and growing beef industry. You choose!

New dietary guidelines have been issued every five years since 1980. According to health.gov, "the Dietary Guidelines encourage Americans to focus on eating a healthful diet—one that focuses on foods and beverages that help achieve and maintain a healthy weight, promote health, and prevent disease."

Yet, the committee's report says two-thirds of Americans are overweight or obese and half have preventable chronic diseases such as diabetes, cardiovascular disease, certain types of cancer, and other health problems due to their diet and lifestyle. Food and lifestyle choices are responsible for the majority of our $2.2 trillion health care bill each year. 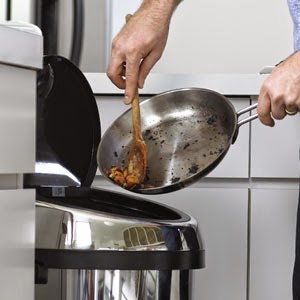 Thirty-five years of guidelines haven't solved our health problems. The dietary guidelines are only mandatory for school lunches and some other Federal programs.

Some experts blame recommendations from the 1980s which emphasized low fat for the surge in obesity, as people substituted processed carbohydrates and sugar for fat.

Mark Bittman, in a recent NYTimes column "How should we eat?" writes:

In fact, the whole less fat/more carbohydrates mess — disaster is not too strong a word, since it likely contributed to the obesity and chronic disease crisis — can be attributed in large part to similarly official dietary recommendations, which in turn are the fault of agency weakness in the face of industry intransigence. For this you can thank lobbying, the revolving-door policy and the traps of campaign financing.

Marion Nestle has published a number of papers on the unseemly influence of the food industry on past recommendations.  The food industry uses its wealth and power to increase its profits at the expense of our health. That industry behavior is bad enough. But it is particularly heinous when they respond to customers turning away from their unhealthful products by redoubling the efforts of their marketing juggernauts to increase sales. 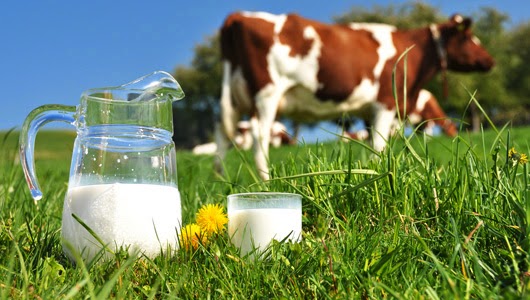 Consumption of milk is on the decline so the dairy industry just rolled out a social media campaign pushing back at its critics.  Despite being fifth among countries in per capita beef consumption, eating four times the global average, Americans are eating less beef now, so industry springs into action.  The beef industry is planning to double its marketing budget. Americans are also (wisely) turning away from sugary drinks. Pepsico is doing its part to change that with its "Better Together" marketing approach.  As reported on bakeryandsnacks.com, the Frito-Lay CEO bragged that "at this year's Super Bowl ... Pepsi's brands were center stage in Phoenix, with the Pepsi image 'blanketing the Phoenix skyline,' next to the 'Tostitos Party Boulevard'... " Since all that marketing qualifies as a tax deductible business expense, we all pay part of that cost.  Pepsi is also testing products such as cheese-Doritos-flavored Mountain Dew on college campuses.

Imagine the positive effects of that kind of marketing muscle if it were applied to delicious, healthy food.

Humans have thrived on this planet in a wide variety of ecosystems for many thousands of years.  From the Arctic tundra to the Kalahari desert and lots of places in between, people have found ways to nourish themselves using local plants and animals. Whole cultures have done well for centuries without dairy products or without beef.  Human societies have lived on cow's blood and milk, on blubber and lichen or without animal products at all. But gathering, hunting, growing, processing and cooking food took work so quantities were limited and calories were burned. Not a lot of opportunity for obesity.

It makes sense that if ALL our ancestors ate plants and animals basically in their natural state for more than 100,000 years, we should eat that way too, or at least avoid things they never ate such as aspartame, GMO-fed feedlot beef and margarine, for example.

There are lots of ways to feed ourselves, to obtain the calories needed to power our bodies (roughly 2000 per day) and the nutrients needed to build and repair them. Cultures all over the planet have found ways to turn mostly local plants and animals into delicious food.  Just look at world's diverse food traditions.

How we should eat is a big question, with many important ramifications for human and environmental health. With the increasing size and power of the industrial food and agriculture organizations who have the sole goal of selling us more of whatever it is that they produce, it is harder to get an unbiased answer.

It is safe to say that no culture anywhere or anytime had as much access to such a wide variety of foods at low prices as we have in this country now.  And it shows, in our rates of obesity, diabetes and heart disease. 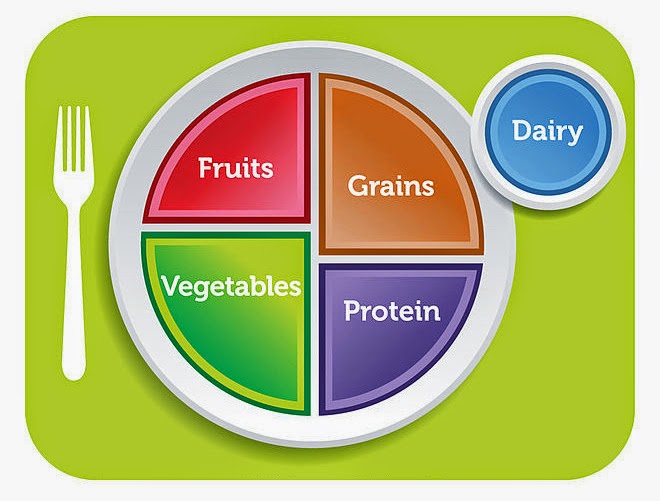 The Scientific Report notes that to transform the health of Americans "will entail dramatic paradigm shifts in which population health is a national priority and individuals, communities, and the public and private sectors seek together to achieve a population-wide culture of health through which healthy lifestyle choices are easy, accessible, affordable and normative-both at home and away from home."

Think about what happened with cigarettes.  When I was a child, women dressed as cigarette packs danced during family TV shows and smoking was encouraged and allowed everywhere.  This dramatic reversal shows how we can change the culture of our society.

Changing the culture of food might be more difficult because it's a basic human need and involves so much more. But we have a good start on it.

NOFA can be proud to have been one of the many organizations working on this positive transformation for more than forty years.

See you at the conference.

(Note 1).  From the Washington Post: "For instance, on a per-kilogram basis, beef is associated with more than twice the carbon emissions of pork, nearly three times that of turkey and almost four times that of chicken, according to the Environmental Working Group."

(Note 2) Nathanael Johnson has been studying and writing about food for six months at Grist.  In his last piece of the series, "So can we really feed the world? Yes — and here’s how,"points out what American consumers can do: " Eat with a smaller fork. That means changing our diet so that we eat less meat, less food in general, and throw less of it away. There’s also a side benefit: We’ll be healthier."  He suggests that we each learn a killer recipe using lentils that we are happy to eat instead of meat for one or more meals a week.