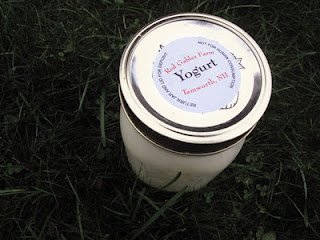 NPR posted an article on the 13th explaining how raw milk lovers can buy unpasteurized dairy products even in states where its sale is banned for human consumption.  The secret is selling it as pet food.  Farmers in several states have adopted this technique, registering to sell raw milk and milk products as "commercial feed".  However, since federal law prohibits the interstate sale of raw dairy, the government has cracked down on some farmers who have been skirting the ban by selling their products as pet food across state lines.  According to the FDA, pasteurization is necessary to kill harmful bacteria like E. coli, Salmonella and listeria that might linger in raw milk.  Advocates for raw milk consumption disagree, pointing out that factory farming processes produce many more disease outbreaks and are thus a greater risk to public health than the consumption of raw diary.  As a result, the game of cat and mouse with the law continues.  Such subterfuge is necessary in a "dysfunctional" legal landscape, argues Pete Kennedy, the president of the Farm-to-Consumer Legal Defense Fund, which represents some 2,000 individual farmers across the U.S. who sell raw milk, and some 3,000 members of raw milk-buying clubs.  "The consumption of raw milk is legal in every state in the country," Kennedy says. "But you have 20 states where the sale is illegal. So you have this right with some people unable to exercise it."

Check out the full article here.
Posted by CT NOFA at 9:33 AM