You can Help the Honeybee! 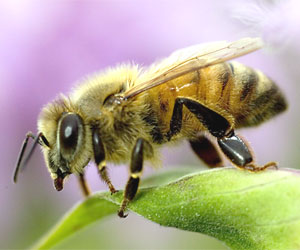 Since 2006, Colony Collapse Disorder (CCD) has been killing honeybees at an alarming rate.  According to USDA, beekeepers have been losing an average 30% of their honey bee colonies each year since 2006, and little has been done on the federal level to prevent further losses.  Although it is a commonly held belief that the causes of CCD are a complete mystery, there are actually many known causes of the disorder which often link the situation to certain systemic pesticides.

Government policy might be stuck when it comes to dealing with this problem, but that doesn't mean you need to be stuck too.  You can help honeybees at home and in your community using this bee protecting toolkit.  The Honey Bee Toolkit provides action items to promote a safe space at your home for honeybees to gather food and perform essential pollinating duties, and for educating and rallying others in your community to affect change on a larger scale.  Here are some examples of what is listed in the Toolkit:


Write an OpEd or letter to the editor
Short of face to face visits with politicians, getting into the habit of writing to your editor is one of the most effective things you can do.

According to a study by Pew, Americans are spending more time following the news today than over much of the past decade.  Newspapers, while in decline, are still authoritative; this is where most Americans still get their knowledge of public affairs.

OpEd columns and letters to the editor give you the opportunity to communicate directly to the public, including influential decision-makers, and to shape or frame a debate in your own words.

One well placed OpEd or Letter to the Editor can make a decisionmaker think again.  Take 15 minutes to change the conversation

The toolkit then goes on to detail how to properly draft a letter or OpEd and successfully submit it to a news provider.  Another community-based example reads: 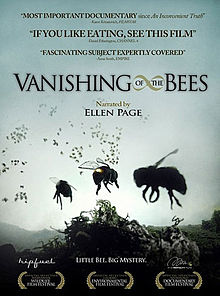 And for those who would like to help out on their property at home, there are native plant lists and tips for building a bee haven in your yard or around your home.  There is also a section devoted to introductory beekeeping if you want to take the next step into colony ownership!

Check out the toolkit here.

Have a wonderful week!
-Melissa
Posted by CT NOFA at 12:34 PM