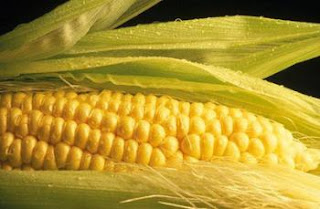 A recent post in the Natural News highlights a claim made by Monsanto Corporation that "there is no need for, or value in testing the safety of GM foods in humans".  Despite many studies pointing to the dangers of GMO foods, Monsanto has taken the stance that GMOs are not substantially different from natural crops.  Here is a selection of text from the article that details a bit of Monsanto's argument:

In the "Why aren't you running human clinical trials on GM crops?" section of Monsanto's Food Safety page, the biotechnology giant explains its opinion that GMOs are "substantially equivalent" to natural organisms. According to Monsanto, since concentrations of proteins, carbohydrates, and other nutrient factors vary among natural crops, as well as among natural and GM crops, then these differences are unimportant in light of GMO safety.

Furthermore, Monsanto claims that its injection of foreign DNA into its GM crops is also safe because DNA is present in natural crops as well. Never mind that the injected DNA is foreign and unnatural, and is used to alter the entire genetic structure of GM crops -- according to Monsanto, its unnatural DNA is non-toxic because every other plant also has DNA.

It's time that we learn the truth about what's in our food, so that we can make more informed decisions as consumers about what goes into (and potentially harms) our bodies.  We are building a list of members interested in anti-GMO activism who can help send letters to the FDA or locally organize to advocate for state labeling regulation in which Rep. Roy and the Ledgelight Health District have led the way. Please e-mail Kristiane if you'd like to be added to the list as we coordinate more GMO activism activities.

Additionally, if you want to learn more about the Dangers of GMOs, register today for our Winter Conference!  With over 40 workshops, potluck lunch, vendors, live music, cooking demos, exhibits, expert panels, and a keynote by Jeffrey M. Smith, the leading spokesperson on the dangers of GMOs, this is an event you don't want to miss!