Part one. Use Nature’s Methods

Wendell Berry said in a 2004 commencement address: “We're living, it seems, in the culmination of a long warfare — warfare against human beings, other creatures and the Earth itself.” He was connecting the bombing of civilian populations with mountaintop removal by strip mining, a clear example of the holistic thinking he is famous for.

Nature is going to win the battle with human civilization. Nature has evolved over 4.5 billion years and sprung back from asteroid strikes and great extinctions. If we work closely with Nature, we’ll be on the winning side.

Again quoting Wendell Berry, one of my favorite authors: “Whether we and our politicians know it or not, Nature is party to all our deals and decisions, and she has more votes, a longer memory, and a sterner sense of justice than we do.” See more of his wisdom here http://en.wikiquote.org/wiki/Wendell_Berry. I highly recommend his writings including novels, poetry and essays.


How do we work with Nature?

Left to her own devices, Nature moves in four directions.

All of these are important parts of organic thinking and methods. 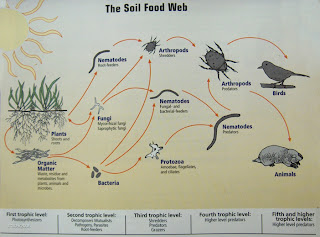 1. Building up soil organic matter is a key strategy for organic practitioners. Composts, mulches, cover crops and pastures all increase soil organic matter. Chemical fertilizers, pesticides and tillage all reduce it. (You can glimpse here why some in the agricultural establishment are still so resistant to organic thinking 33 years after the USDA’s 1980 “Report and Recommendations on Organic Farming” noted that organic methods worked on farms of all sizes and addressed many of the serious soil and nutrient problems US agriculture faced. That was just before Ronald Reagan was elected President.)

2. Greater biodiversity is the heart of the USDA’s definition of organic agriculture: 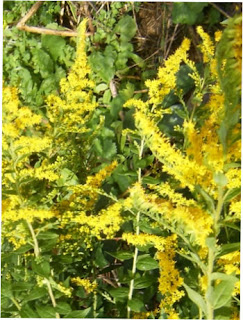 Those of us who encourage and cultivate a bio-diverse landscape, filled with flowering plants, including fruits, vegetables and herbs, have an idea of the possibilities for insect biodiversity. Just
look closely at goldenrod, buckwheat or catnip flowers to see the great variety of flying insects that appreciate those plants. These creatures do good things for us, including pest control and pollination. 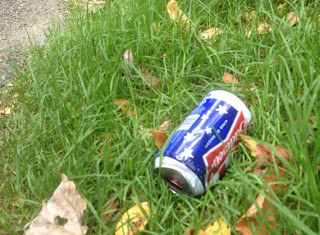 The rapid and dramatic loss of biodiversity is one of the largest threats to our continued existence. We are living in the greatest mass extinction event since the end of the dinosaurs. Blame sits squarely on our numbers and especially on our methods of production and consumption. (We need to ask big questions such as “Why do we need a brand new aluminum can or other container for every 12 ounces of beer or soda or water?” and “Can we continue to afford such profligacy?”)

3. Of course if you have more biodiversity, there are more organisms to relate to other organisms in more ways. That leads to structural complexity, the weaving together of food webs to create a stable ecosystem.

A handful of good garden soil contains many more organisms than there are humans on the planet. Those organisms eat each other and each other’s wastes. They secrete substances, including glues, which create structure in the soil and hold it together; that structure enables the soil to hold water and resist erosion.

This vibrant ecosystem of thousands of species and billions of organisms going about their lives is what we want in our soil. A healthy soil ecosystem has been shown to prevent pathogenic organisms from gaining a foothold. A doctor friend long ago told me that he could sterilize surgical instruments in good garden soil because there were so many good organisms there that the bad ones can’t get a foothold. It is a healthy community. (Where do we find the most serious disease organisms?)

4.Which leads to metabolic stability, or a resistance to change, or health. This can apply to people, to ecosystems and this planet. If we are healthy, our vital signs are stable. If our readings for blood pressure, sugar or temperature vary from stability we need to address that ill health. We nourish our health with healthy food and lifestyles, just as we nourish our gardens, farms and landscapes with compost and gentle care.

Climate change, melting glaciers and rising seas are examples of Earth’s loss of stability under the onslaught of our waste gases.

The great increase in local food system work is a very sane and potentially very effective response to move back toward stability.

In the next essay we will pay attention to where things come from, where they go and what the effects are at each end and along the way.

Chemical nitrogen and fast food hamburgers seem particularly appropriate for this exercise. What other examples can you think of?

In a future essay we’ll explore the role holistic thinking plays in organic work. The National Organic Standards Board created this holistic statement: 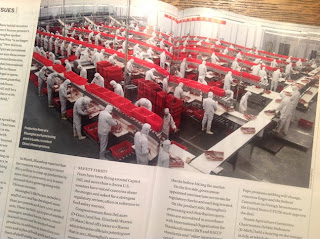 production, sales and profits, even if doing so damages health nearly everywhere.

We have an industrial food system that is based on tens of millions of acres of heavily sprayed monocultures of genetically engineered crops used for feedlot meat and highly processed food. It is no wonder we need an industrial medical care system that depends on ever-expanding cancer, diabetes and obesity treatment centers and genetically engineered drugs to combat the side effects of very toxic chemical treatments.

Organic agriculture is about building health. Your organic garden and your organic farmers are the most important parts of your health care system.

I welcome your thoughts and feedback.
Posted by CT NOFA at 10:12 AM