What is Organic About Really? 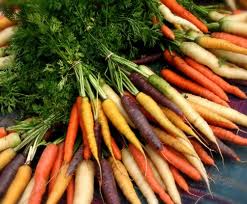 Yesterday, the New York Times and NPR both published articles about a Stanford University study arguing that organic foods are not significantly nutritionally superior to their conventional cousins.  This study raises bigger questions than just the one about nutritional content - namely, why do people prefer to buy organic, why is organic agriculture important, and what does it mean to produce organic food?  The truth is, organic is about much more than just nutritional content.  Organic agriculture is a holistic approach to growing food, and narrowing the view of that approach to any single aspect misses the whole point.  Below is an excerpt from our Executive Director, Bill Duesing's, essay entitled What is Organic Agriculture?  Why is it Important?:

Organic is holistic in its thinking. We ask where things come from, where they go and what the effects are at both ends. If the production of food consumes lots of fossil fuel energy, destroys topsoil and communities, and encourages concentrated corporate control, its net return may be negative.

So if you buy two peaches, one conventional and one organic, regardless of their comparative nutritional content, the organic one is much less likely to harm the environment and the workers who are involved in production.  In Bill's words,


There is a tendency in our consumer culture to encourage selfish thinking - what is in it for me.  As in "Save money because that organic food hasn't been shown to be better for you." I think we are at a point in the human habitation of this planet when we need a more altruistic approach.  As in "It may be cheaper for me, but by spending a little more, I can make things better for the earth, farmers, farm workers and farm animals. And it will have fewer pesticide residues and perhaps more nutrients."

This 30 year study of organic vs conventional farming by the Rodale Institute shows slightly better yields, much greater profit, less energy consumed and fewer greenhouse gases emitted by the organic system.  If you take a look at a holistic farming practice with a more comprehensive study, the results you will see are dramatically different than those from a study with a narrower view.

Even within the relatively narrow confines of health, there is more to organic food than just nutrients.  Here is a response to the Stanford University study from Chuck Benbrook that sites many other health benefits of organic foods, including a lower incidence of antibiotic resistant bacteria and pesticide residues.

Nutrition is one of many choices we make every time we take a bite of food.  I buy organic because I believe it's better for my health, the environment, and the people and animals that are involved in the agricultural system.  The nutrition of food is part of a larger web of food issues that are all interconnected.  Examining one aspect requires that the other connected pieces are taken into account.

Have a well-rounded and holistic afternoon,
-Melissa
Posted by CT NOFA at 5:26 PM