Yesterday CT NOFA hosted a Cheese Making Workshop taught by Paul Trubey, goat farmer and cheese maker at Beltane Farm in Lebanon, CT.  When you drive into Beltane Farm (which is open to the public during cheese tastings), you will probably be greeted by some assortment of cats, chickens, and a goat named Milagro who "sometimes likes to eat paper." 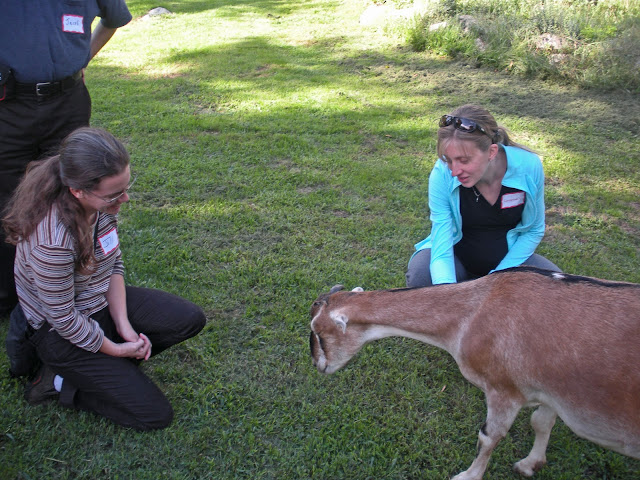 Paul started out discussing the different ingredients used in cheese and the difference in terms of production between fresh, ripe and aged cheeses and yogurt which is made by adding culture and no other coagulant. 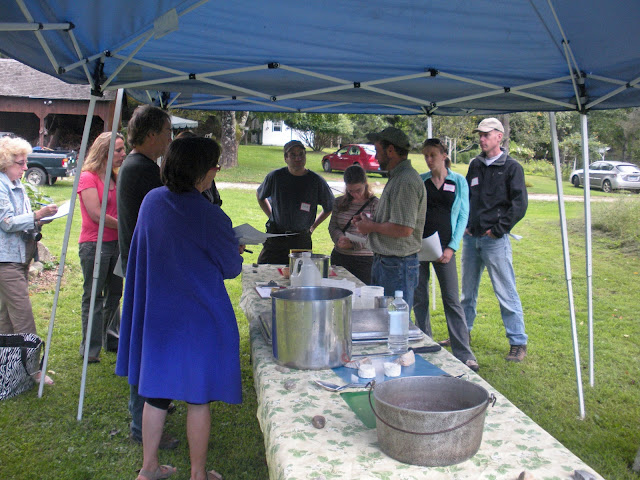 This explanation came with a taste testing of Paul's own cheeses - below he is showing us ripened cheese which usually has been aged for 1 to 6 weeks and includes Brie, Crottin and Camembert. 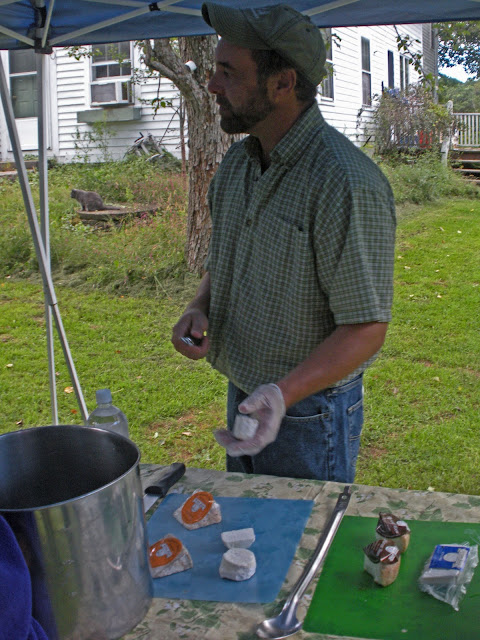 Paul heated his goats' milk to 180 degrees in order to make ricotta, a fresh cheese. 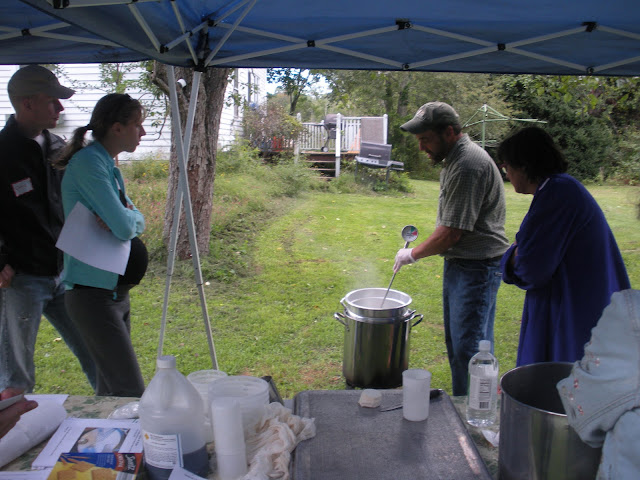 After adding vinegar and continuing to stir, Paul poured the to-be cheese mixture into these plastic cheese molds.  If you make fresh cheese at home, make sure to use molds that have slots in them to allow the whey to drain off. 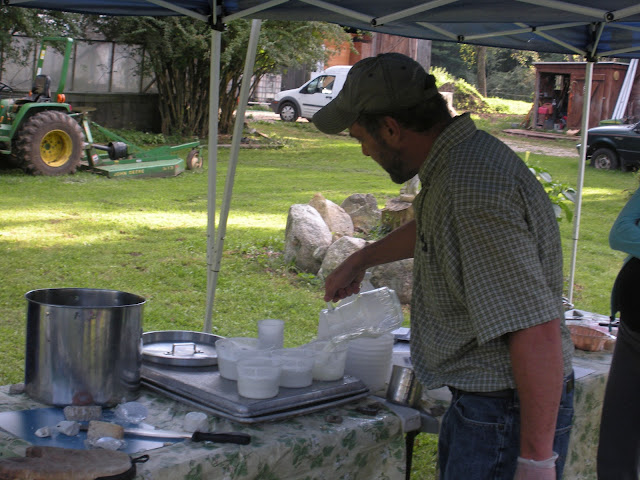 Then everyone had a hand at turning the cheese (you have to turn the cheese over once it is more solidified)  After turning and letting it sit a bit, the cheese can then be lightly salted, and eaten a little while after that. 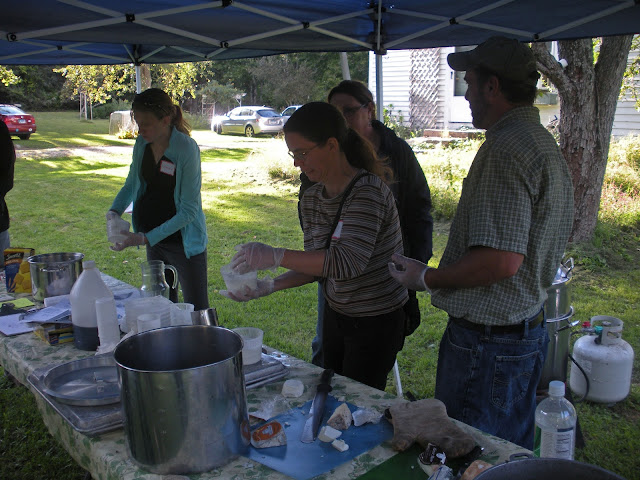 Next we learned about how to make aged cheeses.  Here Paul teaches some of the group how to "cut the curd" to release the whey from the cheese, and showed attendees how the texture of the cheese changes as the curd is cut to increase the surface area of the little cubes and bits.  The curd was different among the three cheeses based on the amount of rennet added.  Paul explained that part of the art of cheese making was naming your cheese after you've made it. 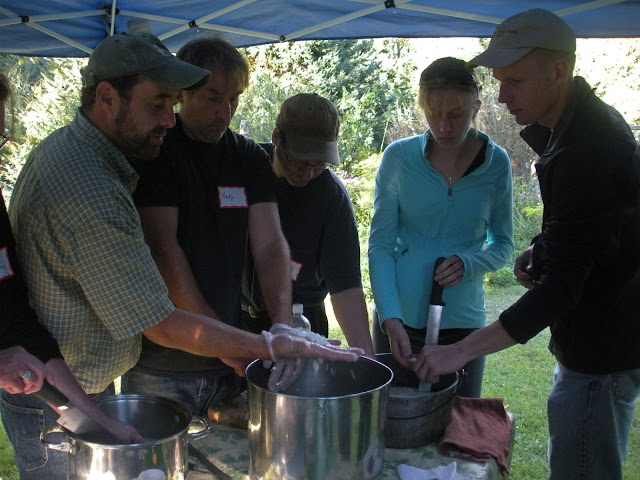 Then we went on a little tour of Beltane Farm.  Below the group met all of Paul's kids (ha). 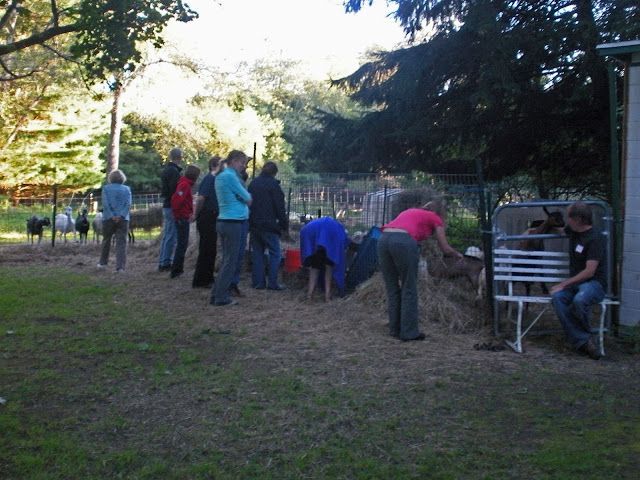 And we met all 52 of his dairy goats (below) and his two billy goats. 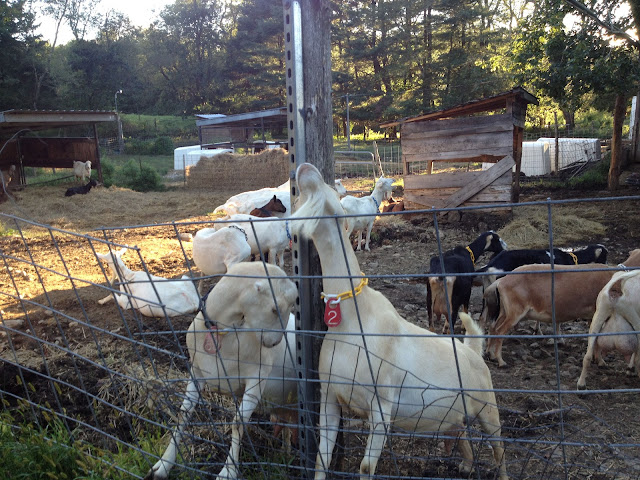 Look at the beautiful cheese we all made! 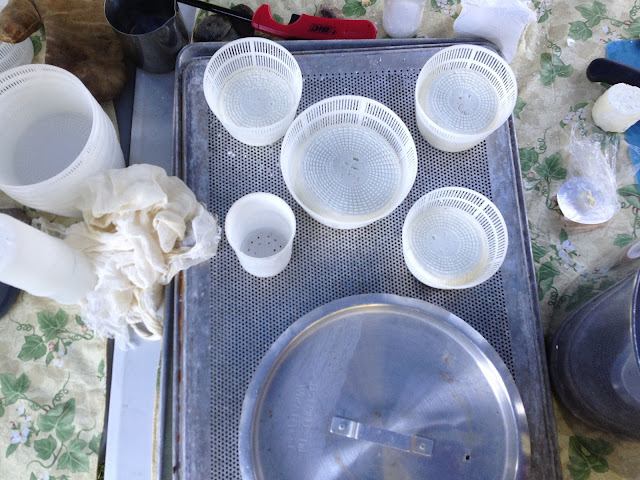 Milagro, in much the same way she greeted everyone and started off the workshop by attempting to eat Paul's handouts, found a bucket of whey, and helped herself. 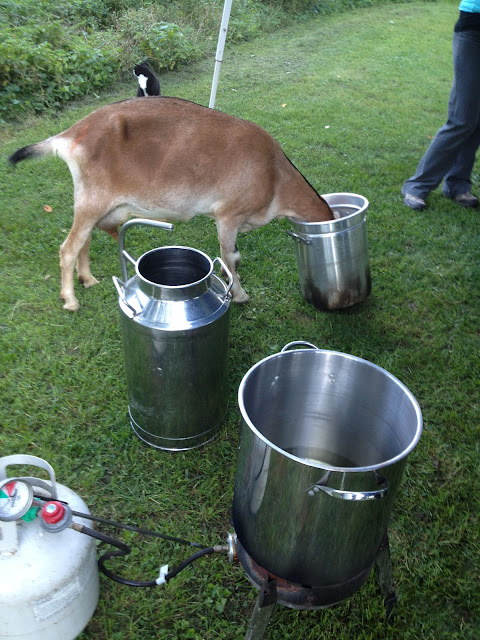 It was a wonderful workshop! Many thanks to Paul Trubey for opening his farm to us and teaching us so much about his art!