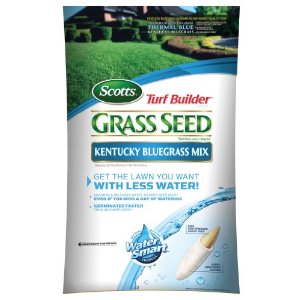 On July 1, The U.S. Agriculture Department ruled that a genetically engineered (GE) herbicide-tolerant Kentucky bluegrass, a grass variety used for lawns across the US, engineered by Scotts Miracle-Gro is not covered by US biotechnology.  Two consumer groups, Center for Food Safety and International Center for Technology Assessment, wanted genetically engineered Kentucky bluegrass to be listed as a noxious weed in 2002. To be noxious a plant must be invasive and damaging to agriculture or the ecosystem, but the USDA also ruled that GE Kentucky Bluegrass did not qualify, sparing it from government regulations.
A single gene was inserted into the genetically engineered grass, which means, in terms of Animal and Plant Health Inspection Service (APHIS) this means that the grass is not regulated as biotechnology.  It is alarming that the USDA can decide that a genetically modified organism is equivalent to non-GM Kentucky bluegrass.  It is also disconcerting that the grass was approved without further studies on safety and possible health impact. This gene alteration makes the grass tolerant of glyphosate, so landowners can liberally apply the pesticide, (also known as Round-Up) to eliminate all the other weeds (and life) on the lawn and in the soil.  This heavy application is bad for the environment, by glyphosate has been linked to serious health problems including birth defects and is suspected to have a role in causing Parkinson’s Disease.  The widespread application of Round Up in other Round-Up Ready crops has already been attributed to herbicide-resistant weeds.  Organic farmers have complained of the risk of contamination of their crops by biotech varieties.  Kentucky bluegrass is wind-pollinated and can hybridize with other grasses and can contaminate livestock feed.  As some consumer groups have pointed out, the further environmental and human safety testing, which probably should have occurred in a laboratory, will now happen in our shared environment.
Posted by CT NOFA at 7:59 AM